Campaign to Free Political Prisoner in Iran (CFPPI), has declared June 20th the International Day in Support of Political Prisoners in Iran. As a response to this call, demonstrations and events have been organized in 29 cities around the world; more cities will join in the next two weeks.
In the last 33 years, since the inception of the regime, tens of thousands of men, women, juveniles and children as young as 12 and as old as 77 have been tortured and executed.
Systematic arrests, lengthy imprisonments and torture are regular occurrences in Iran as the present regime has actively cleansed its populace of opposition parties, human rights activists, journalists, woman’s rights advocates, lawyers, union worker activists, homosexuals, Christians, Jews and Baha’is, all under the umbrella of political prisoners. These tortures range from daily beatings, floggings, electrocution, eye gauging to having ones children raped before one’s eyes.
Prisons in Iran are overflowing with countless political prisoners who have been arbitrarily arrested and held for years without formal charges, trials, representation or access to even basic medical care. Prisoners are usually kept in solitary confinement in coffin size cells for as long as 18 months, during which vile torture is routinely used to extract confessions
Alaodiin Rahmati was only 12 years old when he was shot by firing squad as a political prisoner (Boroumand Foundation Memorial). According to an Amnesty International report, Mr. Feyzollah Mekhubad, 77, had been tortured severely. The report reads: “during the last six months of his imprisonment he had been flogged on his back, limbs, and face, and had been beaten repeatedly, resulting in the loss of some teeth and a bruised face.” Mr, Mekhubad’s crime was that he was Jewish and had made telephone calls to relatives in USA and Israel. He was charged with espionage. Both of his eyes had been gauged out (Amnesty International Report May 1995). Hossein Khezri was 28 years old when he was hanged in 2011 after years of torture due to his human rights activities. Amir Javadifar was 24 when he died under grotesque torture in 2009 for participating in a protest.
The Iranian people need your support to bring crimes such as these to the attention of the International community. Please join us wherever you are to be their voice. United we must stand to voice our objection to this murderous regime and demand the immediate release of these innocent beings.
Contact information
ارسال شده توسط arian mirzolfaghari در ۱:۰۰ 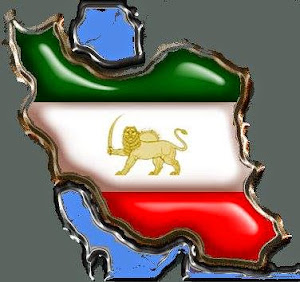